The market of deep-sea diving flashlights

Deep-sea diving flashlights, the most professional products for underwater lighting, require a much higher quality than that of similar products. Although the market is saturated and there is a variety of diving flashlights, most of them can only be used for snorkeling but very few of them are suitable for deep-sea diving. In such conditions, the flashlight is exposed to very high pressure that waterproofing becomes a real challenge. To design such a flashlight apart from waterproofing, we have had to consider a number of other features – power, brightness, battery run-time, shock-proofing, resistant to electrolysis and corrosion, etc. All of them are crucial in an inhospitable environment. Dosoe has designed and manufactured the ultimate deep-sea diving flashlight.

When choosing a light, LED is paramount. As we know, high power shortens run-time. On the other hand, low power means insufficient brightness. So the flashlight cannot meet the stringent requirements for submarine lighting.

Therefore, we have been looking not only for the highest possible power and brightness but also for the longest run-time. After comparing the brightness and testing the run-time, we have selected the XM-L2, 10 W / 1000 lm, CREE LED to be used in our diving flashlight. In addition, the LED owns other advantages such as stability, value for money and convenient logistics. 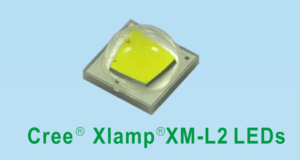 DOSOE new deep sea diving flashlight, model D200D, is characterized by a specially designed LED driver (a highly efficient circuit providing constant current and stable voltage), which can be powered by three different types of easy-replaceable batteries. The device uses the following batteries: 2×26650, 2×18650 or 3×C-cell. Of course, the best choice would be rechargeable 26650 lithium batteries, because of their large capacity and long run-time.

There are a lot of diving flashlights with built-in rechargeable batteries which require a professional technician to carry out the replacement after a certain number of recharges, (generally about 500 charges).However, it is quite difficult and a bit risky for the user to replace batteries, and the user may end up with an unusable device. Users of DS200D do not need to worry about this as changing the batteries is as easy as 123. 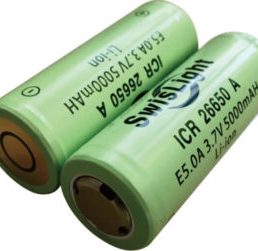 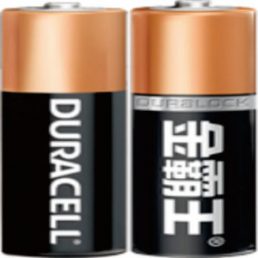 Made of oxidant-treated, aerospace-grade aluminum alloy with a thickness of 2 mm, DS200D flashlights are incredibly durable and corrosion resistant, and can withstand use in high water pressure.

Plastic-body diving flashlights are lightweight but not as waterproof as the aluminum ones.

Therefore, deep sea diving with a plastic-body flashlight might pose a risk for the diver.

However, the much easier manufacturing process and the low price make them ideal for snorkeling water diving.

The lens of a diving flashlight is flat and comparatively big. As a consequence, it can easily be crushed by a high water pressure. To ensure the glass lens is safe and will not be broken during deep-sea diving. We repeatedly tested and finally selected a 6mm thick high-transmittance, explosion-proof glass lens for the DS200D. 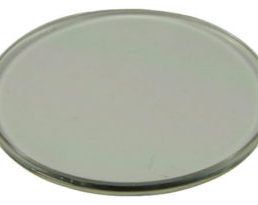 After comparing the features of three commonly used sealing materials silicone rubber, fluorine rubber and nitrile rubber – we have chosen silicone rubber for the DS200D, with a total sealed width of over 5mm, it ensures excellent sealing and aging resistant performance.

Silicone rubber can resist both high and low temperatures, maintaining good elasticity in the

Fluorine rubber has high temperature resistance and can be used in -30℃ to +250℃ environments. It is resistant to strong oxidants, oil, acid and alkali, what is more, it has low self-compression rate. It is usually used for sealing in high temperature, high vacuum and high pressure environment.

Nitrile rubber shows good performance in resisting oil, water and solvents. It is anti-wear and anti-elongation, but its low temperature performance is not as good as that of the other material —the temperature range is only -25℃ to +100℃.

The sealing flat-ring with a sealed width of over 5mm is located under the glass lens, and suitable pre-load force is applied during assembly to ensure waterproofing. Users are advised not to disassemble and assemble the rings as this may affect the water-tightness of the flashlight.

Two sealing flat-rings and two O-rings are located in the tail cap, thus, the total sealed width is over 5mm. To waterproof the device before diving, make sure the tail cap has been tightened and sealing rings are in good condition. If you notice any cracks or signs of aging, they should be replaced immediately.

The O-rings play a role in preventing loosening, and they assist sealing between the body and tail cap. However, the O-ring sealing method disadvantages when it comes to deep sea diving because the O-ring is not tight enough. Online, however, there are plenty of advertisement sealed with one or two O-rings, which try to convince consumers that such flashlights are fit for deep sea diving. How could people believe such irresponsible claims? This is why some diving flashlights are not suitable for deep-sea diving and are only used for snorkeling. 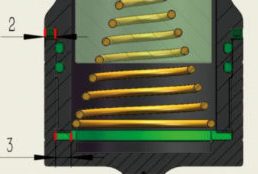 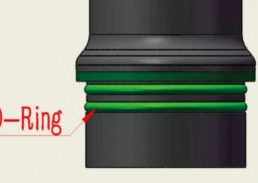 To achieve maximum water-tightness, it is very important to compress the waterproof sealing rings. To make the tail cap tight enough, we use the rod-shaped tool (included) like a screwdriver-push it through one of the holes and screw the tail cap tightly. 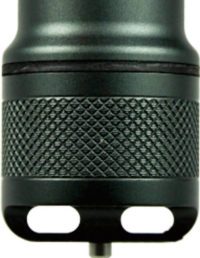 The switch of flashlight is used to change functions. The most widely used being super bright, medium bright, lower bright and strobe, all of which should ensure efficient energy consumption and extended run-time. Here we found that the control switch are usually used in diving flashlights —mechanical switches and electronic switches with their different waterproofing methods.

Mechanical switches have two types – the push button switch and the rotary switch – both of them are small, sealed mechanisms that close an electric circuit when turned on. When the switch is on, a small metal spring inside makes the two wires contact with each other, allowing electricity to flow. We use the ON-OFF signal to change the function of dim the flashlight. By changing the angle of the knob, the rotary switch turns the internal mechanical switch ON/OFF.

The shalt of the switch, however, must be waterproofed, which is usually done by installing an o-ring during assembly. The tightness of the ring-shalt assembly should allow rotation of the shaft, otherwise the shaft will not be able to move the switch.

Frequent rotation inevitably wears the sealing o-ring, which poses a risk of waterproof failure while diving. Therefore, such switches are usually used in flashlights for snorkeling water diving.

The push button switch is unsuitable either, because the robber-covered area is relatively large and exposed to high water pressure, which can cause deformation of the rubber and switching failure. In addition, when the switch is pressed, the rubber seal will lose its waterproof performance. This is why this kind of switch is only used in rainproof flashlights. 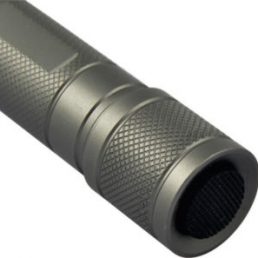 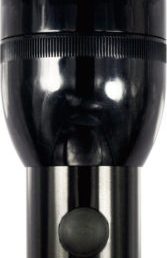 An electronic switch is an electronic component or device that can close an electric circuit, interrupt the current or divert it from one conductor to another. Typically, electronic switches use solid state devices, such as transistors, and exist in two varieties-tactile and magnetic.

With the tactile switch, waterproofing is similar to the push button switch and is, therefore, hardly used for diving flashlights. In order to ensure the reliability of waterproofing, it is necessary to minimize the number of open holes on the shell of a flashlight. The more open holes, the more complicated the waterproofing and higher the risk. An open hole can be avoided by using a magnetic switch technology which most manufacturers today have adopted. The magnetic switch uses magnetic induction to control the internal electronic switch to turn it ON/OFF, to change the function or dim the deep sea diving flashlight.

A ring-like magnetic switch (see the picture below) cannot support one hand operation, which is its biggest disadvantage. The diver needs two hands to change the functions, and his under-water work have to be interrupted. Ring-like switches usually have springs and steal balls in contain and are easily oxidized by seawater. In addition, there is a problem of inaccurate positioning of the ring-like switch, as in deep- sea diving the diver sometimes wears gloves, which reduce hand sensitivity and. As a result, this make it difficult to find the position of the desired function. 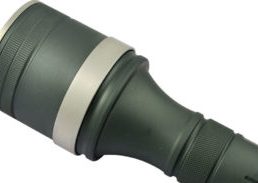 Another disadvantage is the gap between the ring-like switch and the body. When sand and mother particles enter the gap, while the diver is on the seabed, the smooth rotation of the ring- like switch will be hindered.

Such Switches have two structures. The picture shows a closed structure with a stainless steel plate which covers the fixed slide witch.

The difference between the colors of the plate and that of the body makes the device looks neat and attractive. However, the small switching area is not easily operated when wearing diving gloves. In addition, when sand and debris enter the gap between the plate and slide switch beneath it, they are difficult to be removed, which affects the operation of the switch. 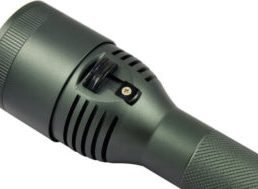 A slide switch with an open structure makes the user can easily clean it even when there is sand and / or debris on the switch. The slide is reasonably large and can be operated with one hand, even when wearing diving gloves, or with the back or side of the other hand rather than with just a finger.

Have you ever bought one of those flashlights of 5,000 lm (or over 10,000 lm, which is as bright as they get)? When using it, the change of the temperature of the flashlight body is often almost imperceptible. Well, this does not means that the flashlight is of very high quality. It means that the LED of your flashlight is working in adverse conditions because its thermal conductivity is poor and the heat is not completely dissipated. The brightness will decay rapidly and the flashlight will dim out in no time.

After decades of development, LED technology has reached a very mature stage. To achieve stability, however, there are still two technical issues which need to be addressed in order to ensure a long lifespan and intense brightness – the constant current LED driver and heat dissipation. These issues used to be addressed during both the design and the assembly stage. 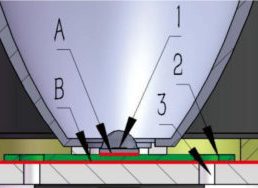 A. LED soldered onto the PCB to ensure heat conduction

B. PCB glued onto the aluminum plate

Have you ever wondered why some magnetic switch LED flashlights have been left idle for a few days after being fully charged run out of power and won’t light up? And why LED flashlights of the same power have different run-times?

The LED driver provides a constant working current to the LED, to ensure the brightness remains stable when the battery voltage changes. And that it consumes very little power until the battery is flat. When the flashlight is lit, if the LED driver works efficiently, it consumes less power thus saving energy and extending the run-time.

Therefore, a highly efficient LED driver can obviously reduce the number of charges and save energy. But no matter what kind of LED driver is used, we recommend the users to take out the battery when the LED flashlight is not in use.